Working in and around ships, boats and barges, whether at sea or in port, can be dangerous. 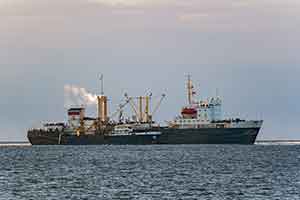 When a severe injury is caused by the unseaworthy condition of a vessel or by the negligence of vessel owners, operators or crew members, our attorneys can help. We understand the complexities of representing injured seamen.

Example:
Seaman Frank sustained a severe brain injury onboard a seagoing tug near Taiwan when he fell on deck at night and struck his head. The company offered no explanation and suggested Frank had been drinking. Our firm tracked down former crew members and the vessel’s captain and learned that Frank and other crew members had been forced to sleep on deck at night in the tropics because the tug’s air conditioning units for the crew’s quarters had been broken for months and had not been repaired despite repeated requests from the captain.

Forcing crewmen to sleep on working decks where tripping hazards were plentiful was negligent and also created an unseaworthy condition. Insurer Lloyds of London agreed to a seven figure settlement shortly after video taped depositions taken in Kaohsiung, Taiwan ruled out evidence of intoxication on Frank’s part.

Free Initial Consultation – No Fee Unless We Collect

For a free consultation to discuss your personal injury case with an experienced trial lawyer, please call us at (425) 822-7778 or send us an e-mail. Our attorneys are available to meet with you at one of our offices in Seattle or Kirkland or at a location that is convenient for you.