Born and raised in Seattle, Washington, Simon Forgette graduated from Seattle University and Gonzaga University School of Law. Mr. Forgette began his law career as a “JAG” trial lawyer in the United States Marine Corps. After serving as a defense counsel and a prosecutor, he was promoted to Chief Prosecutor for the First Marine Aircraft Wing in Japan. He was subsequently selected for the Navy-Marine Corps Judiciary and heard cases as a military judge throughout the Southwestern United States.

Mr. Forgette left active duty in the Marine Corps in 1980 to join a Seattle law firm. In 1982 the firm relocated to Kirkland and Mr. Forgette was made a partner. He started his own law firm, the Law Office of Simon H. Forgette, P.S. in Kirkland in 1990. Mr. Forgette has successfully handled numerous multi-million dollar cases. A representative list of some of those cases is provided on this web site.

For more than 25 years, Mr. Forgette’s law practice has focused on representing victims of severe traumatic brain injury as well as victims of spinal cord injury and other serious injuries.

Mr. Forgette has also been recognized as a pioneer in teaching attorneys how to handle traumatic brain injury cases and other cases involving serious personal injuries. He created the programs and was the chairman of the first attorney seminar focused on traumatic brain injury in the state of Washington (1985) and nationally (1986). For more than 20 years he has continued to chair and lecture at state and national attorney seminars focused on successfully representing survivors of traumatic brain injury. He has also lectured internationally, (Oxford, England; Seville, Spain; Vancouver, Canada) regarding the American legal system and representing severely injured persons in that system. 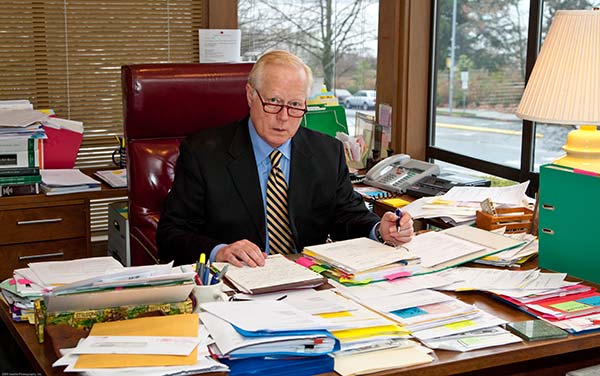